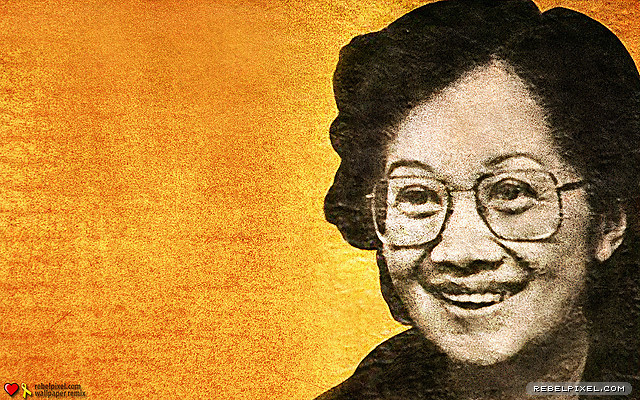 My dad was insisting we go to La Salle Greenhills to pay our last respects for President Cory Aquino; we told him it’s going to be a three hour queue in the funny weather and all that. He was joking there was a second gate for those who marched in EDSA back in ’86—but that’s the same as the one and only line for everyone there. Cory was our freedom and hope, and everyone believed.

If the martyr’s simple housewife never heeded the call of the Filipino people, maybe we would’ve never heard of weblogs and the world wide web and all the liberties of a democracy. Every Filipino blog is a reminder of the freedom we gained in EDSA ’86.

And because I couldn’t find a nice yellow ribbon, I just made a wallpaper remix from an old campaign poster for Cory’s run for the presidency in 1986. (By the way, the story was wrong, people power is not a myth.) Go grab and share.